A True Testimonial, also written as MC5 ☆ A True Testimonial, is a highly regarded 2002 feature-length documentary film about the MC5, a Detroit-based rock band of the 1960s and early 1970s. The film was produced by Laurel Legler and directed by David C. Thomas; the couple spent more than seven years working on the project. The release on the video has been held up after many, MANY legal problems, and as of 2012, MC5: A True Testimonial has not been officially released on DVD yet.

Although the MC5 are considered extremely influential today, they were relatively obscure in their time. To make the film, Thomas collected photographs and film clips of varying quality, including U.S. government surveillance footage of the MC5’s performance at the protests that took place outside the 1968 Democratic National Convention in Chicago. He interviewed the surviving members of the band and people closely associated with it. In the editing room, Thomas matched the band’s recordings to the silent footage he had collected. MC5: A True Testimonial made its premiere on August 22, 2002, at the Chicago Underground Film Festival. Three weeks later it made its international premiere on September 11 at the Toronto International Film Festival. In November of that year, the film was awarded an “Honorable Mention” as a debut feature at the Raindance Film Festival. During 2003 and early 2004, the film was shown at film festivals around the world.

Having screened to SRO crowds and widespread critical acclaim at international film festivals around the world, the much lauded MC5 documentary had been poised to make a major splash before it’s derailment in early 2004. The highly anticipated film had a full schedule of nationwide theatrical screenings in place, followed by a DVD release, before the curious decision was made to deny the requisite synchronization license for the MC5’s music publishing. 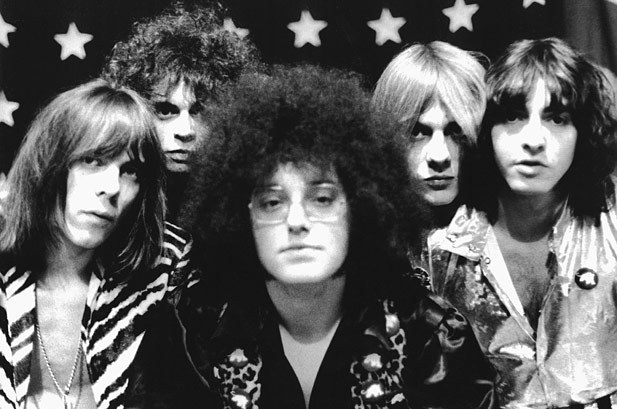 That decision, initiated at the behest of Wayne Kramer, one of the two guitarists in the legendary but long-defunct band, ignited a firestorm of controversy. Kramer had long supported the film’s production, having once said “The filmmakers have done a fabulous job of telling the story of the MC5… the story is finally getting told and told right.”

Having successfully blocked the film’s release, the guitarist would later file suit in federal court in November 2005 over a purported “music producer” position and alleging a variety of copyright infringement, fraud and breach of contract claims against director David Thomas, producer Laurel Legler and Future/Now Films.

After hearing extensive testimony and reviewing the evidence presented during a week-long trial held October 2006 in Santa Ana, California, United States District Court Judge Andrew J. Guilford dismissed all charges against the filmmakers, concluding there was “insufficient factual basis to establish any claim” against them.

In a decision rendered March 31, 2007, Judge Guilford found “no terms specific enough to form an enforceable contract were ever agreed upon,” that neither Thomas or Legler “had made any actionable false representations” to Kramer, and that the dispute arose only after Future/Now Films “demonstrated that the film they were crafting could be successful” adding “The MC5 is historically significant and its music and story merit being heard today. The film had and still has the potential to spread the music and story of the MC5.”

With authorizations from the surviving members now in place, Vincent Cox, attorney for Future/Now Films, has declared “the disputes are water under the bridge, and there’s no point in rehashing them.”

One could argue that, had the film come out as scheduled, it would have boosted the MC5’s profile enough to propel the band into the Rock & Roll Hall of Fame; the band’s nomination came in 2002 when the “MC5 – A True Testimonial” festival tour was in full swing. Whether or not that time has now passed remains to be seen. They were amongst the nominees for the Rock and Roll Hall of Fame class of 2018 but very sadly didn’t  even make it amongst the 5 favorites. I find it extremely sad that a bad that had such a huge influence can,t even make it past Bon Jovi, Moody Blues, Dire Straits, The Cars or Judas Priest!! Not that they are lame bands or anything but they all are very far from having the influence the MC5 had and that is a fact. I knew the outcome even before the voting started but maybe it’s because the MC5 is bound to remain a mythic underground band which is in quite common for most punk bands but it’s still rather very unfortunate for it’s members who really struggled all along their lives. I really do feel that everyone who knows the MC5 should make a little move just to make sure their name gets the respect it deserves. They were the band who helped Iggy and The Stooges, giving music the edge of energy and rawness that would help define Punk Rock. When Danny Fields asked the MC5 to join Elektra, they accepted under the condition that their ”baby brother band” The Stooges get signed too and that is how Elektra got the MC5 and the Stooges on their label the same day!

Nonetheless, as USDC Judge Guilford noted in his decision, director David Thomas and producer Laurel Legler were “first-time filmmakers who spent eight years of their lives trying to create a documentary film that would be historically truthful, a documentary that would celebrate the talent and creativity of the MC5 band, a documentary that would say something about the 60’s, and would say something about the present. They succeeded, and the film merits wide distribution for the enjoyment and edification of the masses.”

“KICK OUT THE JAMS MOTHERFUCKERS!!!

A true fan favorite! In genuine Motor City fashion, here’s the MC5 in an unparalleled afternoon of raw rock and roll as they kick out the jams to the backdrop of a busy Detroit highway. This is the finest quality ever found on the world wide web!