This is a little story that I like to remind myself because I learned that day that one should never be afraid of what he is and what his tastes are because you might realise that life has a way to make you connect with people very strongly, no matter what you think THEIR tastes are. This one also reminds me how much of a cool bunch the guys from Voïvod were, still are and always will be.

I was assisting  Claude Gregoire aka ”Greg Polka” the director of Voivod’s video ”Psychic Vacuum” (I’m the weird Pygmy from the Hatröss Dimension  you see cloned 3 times and distorted and dancing during Piggy guitar solo in the Psychic Vacuum clip). It was the second time I was working on a clip for them, having assisted the post prod of their first official clip ”Tribal Convictions” (also directed by Claude Grégoire) so of course I got to joke around with them and talk and after the shooting since we lived pretty close to each other, they came by to my place to chill out and talk some more since we really hit it off so well during the while shooting of both clips. I used to live in a place where my room was next to a living room which basically consisted of 3 barber chairs and a Bronco pinball machine.

The other room was where I was sleeping and I had a parachute hanging from the ceiling, hiding the whole room like some kinda tent since there was no door in between it was all an open space divided in 2, a bed, a dresser and my sound system and all my vinyls. Now, I knew their music was different from Van Halen or Iron Maiden because it was very ”progressive” but I really still thought that they would mostly listen to stuff like Metallica, Slayer and Black Sabbath and would kinda resent a guy like me who had a very strong connection on my teens to bands like King Crimson, Soft Machine, Gong, Genesis and Van der Graaf Generator!! I would say that at least half of my albums were old prog band (I had every single album of King Crimson, plus most of the solo albums of Robert Fripp!) I hardly ever ever was really into heavy metal except for Black Sabbath so I had no album whatsoever that I thought they would like. I was VERY embarrassed that they would discover my collection and afraid that they would think I was not into what they were doing which was false cuz I really liked what they did!! I thought it was so different and of course… 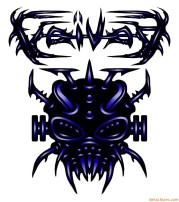 I liked the fact that the structure of their songs was so progressive… I got Blacky, Snake  and Away  to sit, all lined up, in the comfy barbershop chairs and I stood very protective of my sound system AND especially of my records lol!!. Away, as you could always expect him to do, was sitting in the furthest corner of the room. I thought I was safe since the parachute was hiding my sound system and my albums plus the only other way to get into my room was by a door in the corridor. We were talking and started smoking and I got to relax a little when all of a sudden I noticed Piggy  was missing!! 2 seconds later I hear his voice from behind the curtain (parachute) saying hey guys look what this guy has in his record collection!!! ”Oh God I’m so fucked!!” 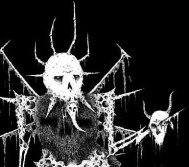 I thought, seeing him exhibiting with a large smile a very old Van der Graaf album called ”Pawn Hearts”. On this album is the track called Plague of the Lighthouse Keepers, which was and still is to me an all time classic… He seemed to specifically show it more towards to Away, who was like usual away, sitting in the furthest chair from me and Piggy (remember I was standing right in front of my sound system, guarding it with my life (!).  Away kinda woke up from whatever he was in his thoughts and just said ”Right On ! Play It!”. Piggy did and kept digging in my collection, dragging out all my oldest albums from Brian Eno, King Crimson, Soft Machine and even Gong ”Expresso 2” to my amazement they all stood up and suddenly got really interested in my collection and looked at me, kinda acknowledging that I knew my music and that they all thought these 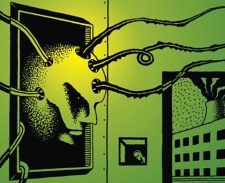 were like real good stuff and confirmed why we hit it off so well in the first place. What a relief!!! When ”Pawn Hearts” was finished, Piggy played a very old track by Pink Floyd from the album Umma Gumma called.. ”Astronomy Domine”. They all smiled and listened to it with pure delight. Little did I know that they already had the approval and been granted the permission by Roger Waters himself (he really liked the song!) to do a cover of this song that later appeared on their next album ”Nothingface”, the album that gave them mainstream success which was also the first Voivod album to enter the Billboard 200 charts, peaking at number 114.”Astronomy Domine” was the next clip to appear on MTV. It was shot by Pierre Dalpé. Note that ”Psychic Vacuum” was shot on the roof of the building my childhood friend Dalpé lived in.  Soon after that they started touring around the world once more but by then they had gathered a very large public, especially in Europe and much later Jason Newstead from Metallica was to replace Blacky when he left for a short while before they came back with their original formation. Piggy already knew when I first met them that he had a cancer. It never broke his spirit. He was 100% there until the end. 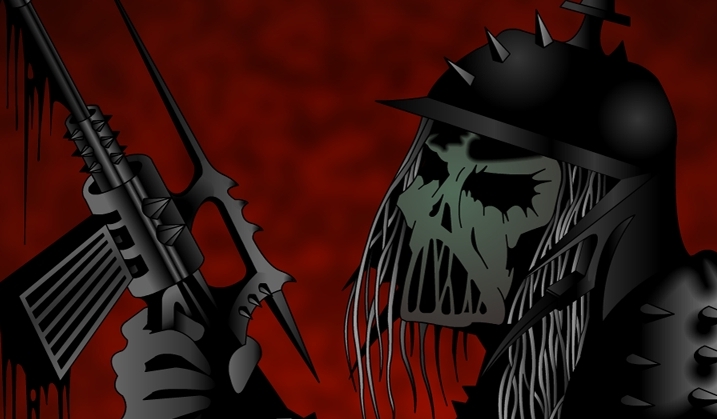 Voïvod really had something special. Starting out as a speed metal band, Voivod have added a mix of progressive metal and thrash metal to create their own

unique metal style.  Of course I started to listen to their music and lyrics in a whole different way and discovered the magic they had done, mixing science-fiction lyrics, talking about planets  from foreign Galaxies, realising how much they sometimes sound like Van der Graaf Generator, breaking all previous patterns and having their tracks always changing rhythms and of course I realised of much of an influence bands like King Crimson and the likes have had on them.

Other progressive rock covers include Pink Floyd’s “The Nile Song” on their 1993 release The Outer Limits and “21st Century Schizoid Man” by King Crimson on Phobos. Much of the band’s sound comes from guitarist Piggy’s usage of dissonant chords, usually played in the high register of the guitar, used extensively on Nothingface. Albums like Dimension Hatross are dominated by dissonant chords, unexpected time signatures and guitarist Piggy’s liberal use of unconventional minor chords.  Guitarist Denis D’Amour aka Piggy died at the age of 45 on 26 August 2005 due to complications from colon cancer. Soon after they released Katorz (which is an “alternative” way of writing “quatorze”, fourteen in French), in July 2006. The album is based around riffs found on the laptop of guitarist Denis D’Amour. Just prior to his death, he left instructions for his bandmates on how to use them.

Target Earth, Voïvod  last album released in 2013 has a more progressive sound than some of their last few albums, and is a return to a more “classic” Voïvod sound that can be heard on Dimension Hatross and Nothingface. All the music was written by Blacky and Chewy (aka Daniel Mongrain who replaced Piggy), while Snake focused of lyrics, and Away took care of the artwork.

On July 10, 2014, it was reported that Blacky has left Voïvod again. In late January 2015 the band released the new single “We Are Connected” which is the lead track from the upcoming 7″ Split Vinyl disk with the band At The Gates.It is the first music to feature new bassist Dominic “Rocky” Laroche.