It only took three decades or so after they split up for the world at large to recognize how thoroughly brilliant they were, but Ann Arbor, Michigan band the Stooges, widely considered little more than a sick joke by the time they finally called it a day in 1974, are now right up there alongside Chuck Berry, the Beatles, and the Rolling Stones when people start talking about rock ’n’ roll greatness. I spoke with drummer Scott Asheton a little earlier this week, a man who doesn’t generate quite the attention his bandmate Iggy Pop does, but whose contribution to the still unique sound of the Stooges is only underestimated by fools. 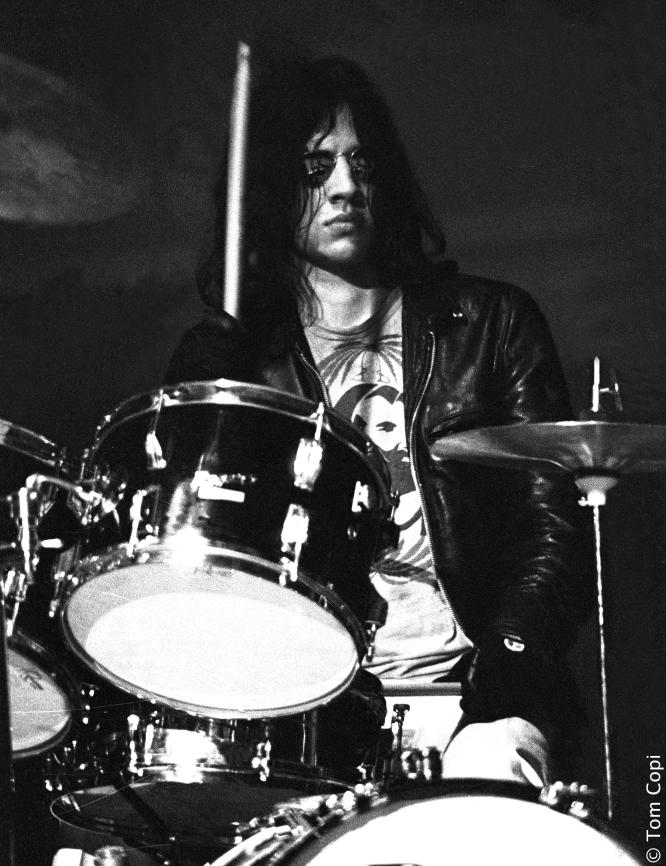 SA: Yeah, “Search and Destroy” and “I’ve Got a Right”—which isn’t exactly on Raw Power but from the same period.

CB: Was it an issue, getting your brother [original guitarist Ron] to play James Williamson’s riffs?

CB: Had you personally made any money from the Stooges prior to the reunion?

SA: To tell you the truth, I never really thought that much about money. I just wanted to be in a rock ’n’ roll band. To me, that was like my family, my life. In the ’80s, we started seeing some royalties for the first two albums.

CB: When you look back at that period, 1967 to ’74, do you remember it fondly or with reservations? Things got pretty dark for the Stooges for a while there.

SA: Nah, nah, I had a great time. When the band broke up it was, like, “Ah, the family is gone,” and I continued playing in bands, but never really felt like I belonged. I wasn’t with the band I should be in, the Stooges. It was mostly just a sad feeling. I had no resentments towards anybody personally. All the time we’d spent loafing and partying had kind of caught up with us. People among us were sick, we weren’t doing very well health-wise.

CB: When did you get off smack?

SA: After the band broke up. I was in pretty bad shape. All I had was a drum set. So I sold it and bought a one-way ticket to Detroit, deciding I didn’t want to live that lifestyle anymore. I wanted to get healthier, get back into the swing of things. So I spent a couple years just letting myself recuperate and eventually started playing again, with Fred Smith from the MC5 in Sonic’s Rendezvous.

CB: What was the vibe like in that band? Were you guys optimistic about the future or still bummed about how badly everything turned out for your former outfits—the Stooges, MC5, Rationals, etc.?

SA: I was just glad to be in a band. Fred was the leader, he made the decisions. We had enough material for three good albums, he was just waiting for the band to get a little tighter. But then Fred met Patti Smith and they started up their family thing and, uh, that’s how that band ended. That was it, over.

CB: Is it possible, down in your Mom’s basement or something, that there’s still some as-yet-unheard Stooges material hiding somewhere?

SA: Leni Sinclair, [MC5 manager/White Panther Party leader] John Sinclair’s wife, used to do a lot of filming and actually recorded some shows. I think John Sinclair had possession of them, but lost everything in a house fire. All his old materials, photos, films, everything he had, he lost. So unless Leni still has something, John probably would have been the only person to have any recordings.

CB: You don’t have any vintage rehearsal tapes lying around or anything?

SA: No, we never taped rehearsals. But things do pop up. Just last week, this guy sent us a copy of a live show in Atlanta from the Raw Power period. Turns out it sounds pretty good. He had it digitally re-mastered and put Pro Tools to it and I think we’re going to buy and release it. It’s rockin’, it’s got Iggy reading some poetry—well, not reading, actually, but just making it up as he goes along, improvising poetry. [starts laughing] Aw man, you’ve got to hear it. I don’t want to give it away, but you have to hear it. You’ll be rolling on the floor—it’s pretty far-out stuff. So yeah, that’ll probably be out soon.

3 thoughts on “Looselips/Interview with Scott Asheton”