Prison Storytelling, Subcultural Anthropology and the Allure of Darkness.

In the 1970’s, while American hippies were busy inking themselves with peace signs and psychedelic rainbows, Danzig Baldayev, a guard at St. Petersburg’s notorious Kresty Prison, began documenting the far less Woodstockian body art of Russia’s most infamous criminals.

For 33 years, Baldayev used his exclusive access to and rapport with the prisoners to hand-illustrate and capture in artful photographs more than 3,600 inmate tattoos — as admirable a feat artistically as it was sociologically.

In 2003, when he was in his late 70’s, Baldayev began releasing his magnificent archive as a series of books revealing a rich and eerie intersection of art and violence.

Russian Criminal Tattoo Encyclopaedia Volumes I, IIand III offer not only a visceral record of this intersection, but also Baldayev’s aambitious effort to, through text and illustrations, parse the meaning of these tattoos and place them in the context of this fiercely self-contained subculture. (Or, as it were, institution-contained as well.)

Perhaps even more striking than the body art itself is how Baldayev was able to talk some of Russia’s most dangerous convicts into posing for such intimate and often vulnerable portraits, an intimacy also seen in the work of Canadian photographer Donald Weber:

For a related glimpse of this darkly enigmatic world, the excellent Oscar-nominated 2007 film Eastern Promises about the Russian mob in London, starring Naomi Watts and Viggo Mortensen, offers an intriguing look at tattoos as storytelling, a narrative through which prisoners told their life stories and conveyed their credos.

Each of the volumes is an absolute masterpiece and a fascinating slice of subcultural anthropology. It’s the kind of thing that adds instant conversation potential to any home library or coffee table, and guaranteed you’re-cooler-than-my-other-friends gifting recognition.

Some images by Donald Weber 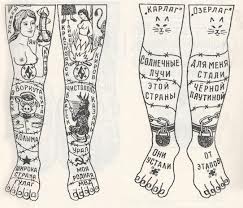 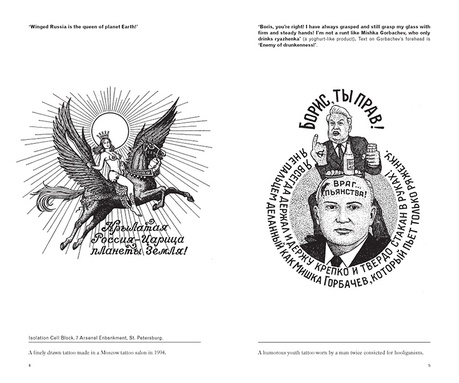 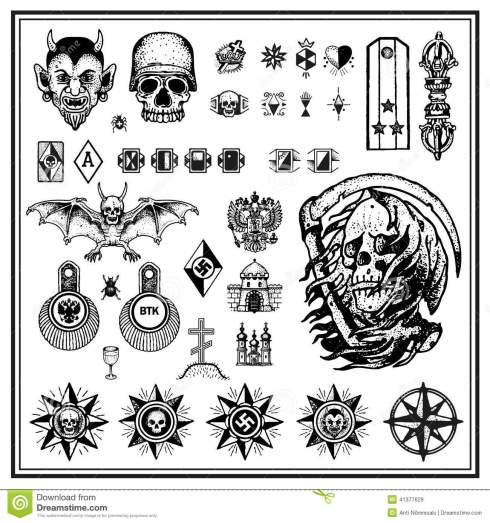