NY77: The Coolest Year in Hell

A terrific documentary that captures a pivotal moment in the history of a city and its pop culture.

Punk, disco, hip hop, the blackout, Son of Sam, Tony Manero, CBGB, Studio 54, Max’s Kansas City, Show World, Paradise Garage, cocaine, polyester and leather—1977 in New York City was exhilarating, a nightmare, fun, dangerous and never boring. It was the year I arrived in downtown Manhattan with a beautiful woman, no money and a rock and roll band. I hit the streets running and never looked back…unless it was to watch my back.

I was living in the decaying Hotel Earle in the West Village when NYC went black. The power failure of July 13, 1977 knocked the city to its knees. I was sitting on the window sill of my room keeping cool or as cool as one could keep during a sweltering summer night in the city. I was drinking a nice cold beer and listening to the music of the streets when at around 9:30 p.m. everything suddenly went completely dark…and I mean dark, dark as Aleister Crowley’s asshole. It was the strangest fucking thing you could imagine. One moment the city was there, then next it was gone. The only illumination came from automobile headlights lacerating the night like ghostly Ginsu knives. My girlfriend and I clutched hands and felt our way down the stairs and out onto the sidewalk. We walked to Bleecker street in spooky darkness. We weren’t alone. The avenues were teeming with the dazed and confused. Not that unusual for the Village, but the confusion was different. Was the world coming to an end?

By midnight the streets where mobbed with people who had figured out that civilization wasn’t ending, it was on vacation. There was a festive vibe in the air. It was like Mardi Gras for the blind. The bars and pubs that stayed open were candlelit and booze was flowing for free. Refrigerators weren’t working and there was no way to keep perishables from spoiling so instead of facing the prospect of throwing food away some joints were feeding people for free. A few cabbies got into the spirit of things and maneuvered their taxis in such a way as to shine their headlights into the cafes providing diners with surreal mood lighting. It was a prison break theme park. And this wild night was bringing out the best in New Yorkers. But it didn’t last. As the blackout continued through the next day and night, things started to change. The novelty of the crisis wore off and it got ugly. What had started out as a party turned into looting and violence. An unexpected payday for the poor and desperate.

The blackout put the whole gamut of what makes New York marvelous and miserable on display: the “I got your back, brother” slamming into the “fuck you!” 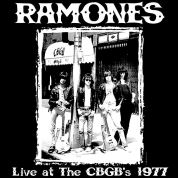 These were times when the city was an unseemly beast, a scabrous, moulting fat rat that was exciting to look at but terrifying. Part of the excitement came from the ever-present sense that things could go haywire at any minute. I lived intensely in the moment, acutely aware of everything around me, jacked up in a state of heightened consciousness that was both Zen and manic. Being in the here and now of New York City in 1977 wasn’t a hippie thing, it was survival. And when I got inside the safety zone of Max’s or CBGB, among my tribe, I was ready to get fucked up, to get high, to dance and celebrate.

In the city of night, we went to bed at dawn and rose at dusk. We were vampirebefore vampires became hip.