Henriette Valium is a comic book artist and painter based in Montreal, Quebec. Born Patrick Henley, ever since his beginnings in the early 1980s, his provocative and hallucinogenic style has kept him well away from the mainstream comic book industry.

Valium is for sure one of the greatest cartoonist of all time. For the last three decades his creations have been widely dispersed in numerous underground anthologies, fanzines, self-published oversized silkscreen comics, and various mixed-media collaborations. He’s become a regular in almost every independent zine, compilation and catalogue in North America and Europe. The heavy black lines and manic detailing of Valium’s psychotic storylines demand attention, weeding out any casual readers.

In his extremely peculiar way, Valium explores the rotting decay of an urban environment that he obsessively renders and depicts in horrific, sometimes nonsensical way. He’s hilariously fascinated as well with every possible corruptions of the human body and it’s mind: sickness, addictions, abnormal sexuality and social decay, exposing our culture’s fears and hypocrisies with an acute, caustic, sharp and absurd sense of humor. Many say that his books are more about creating an experience than reading a comic book. I say there’s nothing wrong about being both.

Valium has been exposed all around the world for his works of art and collage. Google him. This is just a very tiny part of his work. Enjoy the roller coaster ride! 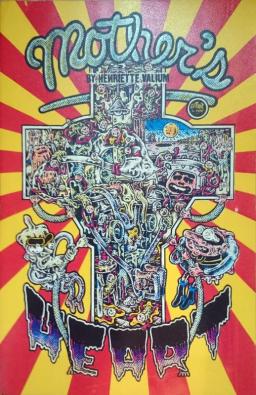 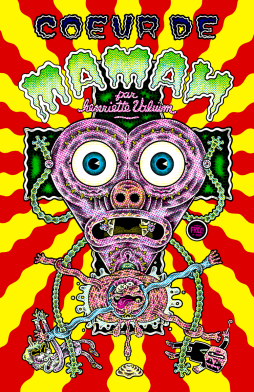 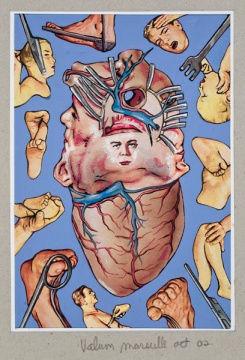 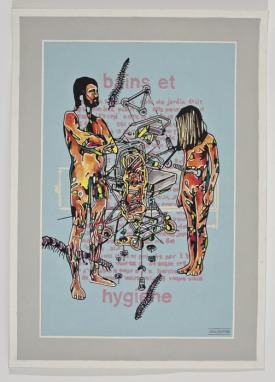