A Man Within is a must see film for anyone who is interested by today’s culture. Burroughs was not a man easy to like back when he began to write; he was gay, he was a junky, he had shot his wife playing William Tell, he was talking about lots of ”ugly” things. He sure did find a way to push further the limits of literature and in terms of new perspectives and he wasn’t afraid and it’s not because he was always carrying a weapon. Ginsberg wrote ”Howl”, Kerouac wrote ”On the Road” and Burroughs wrote ”Naked Lunch” and all of a sudden they almost instantly became more popular than the hula-hop and still will be for many more years to come. Listen to people from very different backgrounds and various fields of life, punks, writers, singers, actors, movie makers, evil doers from almost 5 different decades still look up to him as the ”Godfather” and I have for this man same kind of love I would have for family or friends. Join Patti Smith, Victor Bockris, James Gruenholz, Thurston Moore, Jello Biafra and many many more in a film that will try and fail to render a picture of William Seward Burroughs because we have not yet been able to fully grasp the magnitude of his awareness. Nevertheless. it always gives me an immense pleasure to watch this movie that I have seen time after time, after time… So if you have never seen it you might as well give it a try? 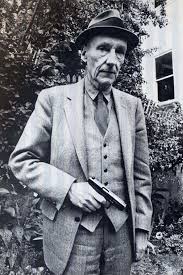 One thought on “The Heart of the Beat”