”What does the money machine eat? It eats youth, spontaneity, life, beauty, and, above all, it eats creativity. It eats quality and sh*ts quantity” -William S. Burroughs 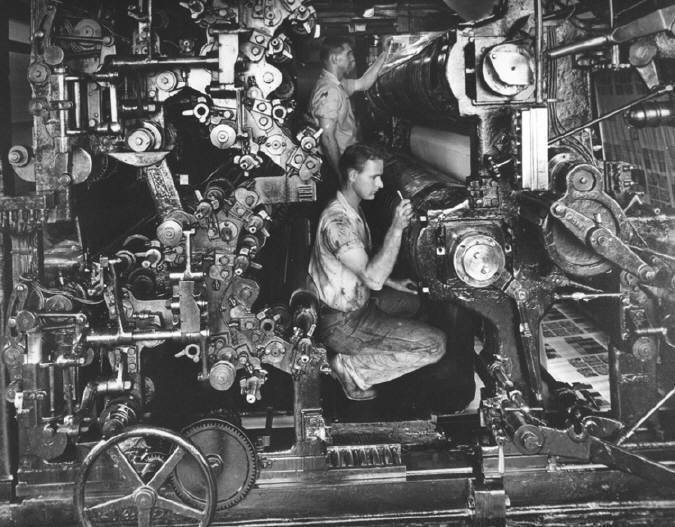 Grove Press has just put out a spanking new edition of The Adding Machine by William S. Burroughs. I also see it has what Grove calls on the front cover a “new” introduction by James Grauerholz, the numero uno keeper of the righteous Burroughs flame. Since there never was an old introduction, I wonder what Grove means by “new.” I know there was an old edition, though, because I reviewed it. That’s where the blurb on the back cover comes from:

I’m not one of those blurbophic reviewers fearful of having their words distorted. I’m glad my words were used, even if they’ve been turned into a cliché stripped of nuance. Burroughs always said nobody owns words (although, as Grauerholz informs us in the intro, “he didn’t look the other way from any serious infringement of his copyright”). But for the record, here’s what I really said:

Future biographers of William Burroughs will be grateful for this volume of selected essays, and so will longtime fans of his work. A sheer pleasure to read, it consists of vintage material that appeared over the years in all sorts of fugitive magazines and newspapers of the so-called underground.

Whether closely reasoned or wildly imagined, the essays are always wonderfully entertaining on a host of topics from national security, British royalty and the meaning of coincidence to junk, sex, women and space travel. Besides providing the useful service of collecting these 43 short essays in one place — even if it doesn’t give a clue to precisely where they first appeared — The Adding Machine should make newcomers to Burroughs’ work happy as well.

Judging from the topics alone, the essays seem to me as relevant as ever. Burroughs was so prescient it’s beyond uncanny. Would I write the same review today? Probably not. I would have changed some things, knowing what I know now. My old rave overlooked what Grauerholz reveals in his intro about the tortured history and careless editorial process behind the 1986 first edition. I was unaware at the time that the essays were put together almost randomly and that the book was rushed into print by a publisher fearful of having it withdrawn when Burroughs changed literary agents.

The irony, in my admittedly rearguard view (not shared by specialists or academics), is that that sort of editorial haste didn’t hurt Naked Lunch, the literary masterpiece central to Burroughs’s career in all its manifestations and still his chief claim to a lasting legacy. But in hindsight, and with the corrective Adding Machine intro in hand, I see what Grauerholz is getting at. The signs of haste in the original edition — redundant material, awkward lapses, and lack of documentation (as mentioned) — are more readily apparent. Given a choice, however, I still would rather have had the book with its flaws than no book at all.

To impart the flavor of this collection, which covers just about every aspect of his career, style and subject (with an emphasis on writing and writers), there is a great temptation to quote at random.

Here is Burroughs defending himself against the accusation of being a misogynist: “Women may well be a biological mistake; I said so in The Job. But so is almost everything else I see around here.”

And here he is discussing the art of fiction: “Often an early death is the kindest gift a writer can bestow on a beloved character, and Gatsby and Lord Jim both shimmer and glow from the love bestowed upon them by their creators.” Or describing the fool’s bargain some writers make with the Devil: “Maugham expected to be placed in the very first rank of second-raters. Sorry, Mr. Maugham, there is no such category. Even the position of the second-rater is earned by some first-rate work.”

Now, in keeping with Burroughs’ montage experiments, for which his writing is famous, we cut up the previous paragraphs and came out with this: “To give the flavor and glow from the love bestowed on The Adding Machine Gatsby expected death the kindest Lord Jim sorry Mr. Maugham a writer can bestow no such character …” and so on.

The results may be uneven or contradictory, but some gem-like phrases will pan out — “death the kindest Lord Jim” — and Burroughs claims the technique has predicted events before they happened. Anybody can cut up words, of course. But what Burroughs does with his raw materials is magical. In fact, his unorthodox views on the “technology of writing” and how he “abandoned the fetish of originality” are among the most liberating around.

“You see, I had been conditioned to the idea of words as property — one’s ‘very own words” — and consequently to a deep repugnance for the black sin of plagiarism,” he explains, adding: “Why in a Jack London story a writer shoots himself when he finds out he has, without knowing it, plagiarized another writer’s work. He did not have the courage to be a writer. I was made of sterner or at least more adjustable stuff.”

The late Brion Gysin, a close friend and early collaborator, pointed out to Burroughs that he’d been stealing for years: “Where did that come from — ‘Eyes old, unbluffed, unreadable?’ And that — ‘inflexible authority?’ and that ‘arty type, no principles.’ And that — and that — and that? He looked at me sternly, ‘Vous êtes un voleur honteux . . . a closet thief.’

So they drew up a manifesto declaring that nobody owns words. “Everything belongs to the inspired and dedicated thief.” Many artists know this, but who among them will admit it?

I recall Nelson Algren, who was totally unlike Burroughs, once telling me: “The difference between a good writer and a bad one is that the good writer is a better thief.”

Burroughs not only admits it, he makes a theory of composition out of it. And he is nothing if not thorough. Carrying the idea to its logical conclusion, he points out that he has made composite characters from various sources — Joseph Conrad is one of his favorites — and has superimposed whole sets and backgrounds from one novel to another.

Yet this volume adds up, not as a series of thefts, but as a generous gift of secrets. For Burroughs refuses to hoard them. Indeed, these essays, which are filled with judicious assessments and penetrating insights on Hemingway, Fitzgerald, Proust and Beckett, have that delicious mixture of intellect and imagination that makes him an original.

I still stand by this ancient review. Though had I known then what I learned later about the Biosphere II communards John Allen and the Ecotechnics Institute, I might have offered a demurral to Burroughs’ admiration for them. But so be it.

Clarification: Dec. 21 — Having just checked the 1986 edition of Burroughs’ novel The Adding Machine, I see there’s no mention of the Biosphere II communards. It is Grauerholz in his intro to the new edition who says that Burroughs prepared the text of one of the essays, “The Four Horsemen of the Apocalypse,” for an international conference “under the auspices of the worldwide network of the Ecotechnics Institute.”

“John Allen and their longtime leader-catalyst Kathelin Gray became our good friends in fall 1974 when Burroughs and I first went to Santa Fe, New Mexico, to learn about the institute’s research and their many projects. The latter were ambitious and worldwide; over time, they culminated in Biosphere II near Oracle, Arizona: an enormous, glass-and-steel “greenhouse pyramid” completely sealed off from Biosphere I (i.e., the Earth’s atmosphere and habitats). This was a prototype for the kind of self-sustaining biological environment that might make it possible for humankind to survive off-Earth”

Unfortunately, Biosphere II never achieved its original goal. Plagued by mismanagement, engineering malfunctions, and scientific missteps, the 3-acre ecological fantasy eventually became a $150-million tourist attraction and had to be rescued as a student research center first by Columbia University, which finally gave up on it, and later by the University of Arizona.

One thought on “The Adding Machine”