Q and A with Up-Tight co-author Victor Bockris

This is (obviously) the follow-up to Peel Slowly… , my review of Up-Tight/The Velvet Underground Story, previously published here on Loud Alien Noize, it is with great pleasure that I once again have the opportunity to interview Victor Bockris who co-wrote Up-Tight with Gerard Malanga. Up-Tight is without question the best book ever written about the Velvet Underground. What a team to write about a band that is arguably one of the most influential American rock bands ever. Based on interviews with former members Lou Reed, John Cale, Sterling Morrison, Doug Yule and Moe Tucker, as well as others from Andy Warhol‘s circle of artistic collaborators or anyone that was involved in one way or another, Up-Tight is the definitive oral and visual history of the band and its revolutionary, often avant-garde music. Bockris and Malanga’s intelligent and entertaining approach, which does not shy away from the drugs, sleaze, and controversy that enveloped the band seemingly from its inception, provides compulsive reading. The book is self-explanatory and contains pretty much everything you might want to know and a lot more… To this day, Up-Tight is still THE reference about the Velvets from beginning to end but I still wanted to know more about Victor Bockris’ personal opinions, how his collaboration with Gerard Malanga went about and well, in short, sort of a ”making of” or detailed account on how this book got to see the light of day and become the ultimate, definitive and acclaimed account of the story of a band that encompasses so much passion on so many levels. Thanks to both authors, we can now untangle the legend from the facts, even if the facts are legend material themselves. I was astonished by the amazing reception I got after publishing Peel Slowly here on LAN and its associated social media platforms. I was very pleased to know that Gerard Malanga had read it (thanks to Victor!) and I am happy to announce that I will be publishing an interview in LAN with Mr Malanga in the very near future. As some of you have probably noticed, I have been steadily reviewing a lot of Victor Bockris’ literary works and it’s always been with great pleasure that I have had the opportunity to read and review his books, but I admit I get a little extra enjoyment when I get to the part in which I get to satisfy my curiosity and ask Victor a few questions that he has always been so kind to answer.  –Tobe Damit

Victor Bockris: Yes. Andy was involved with the downtown underground poetry – literature – film world. He constantly went to poetry readings and film screenings. Gerard Malanga was close friends with Piero Heliczer, who put on some of the first multimedia  film screenings behind which the V.U. played. Warhol was a conceptual  artist. His forte was to see what was happening in the fields he entered – painting, film, music, literature – and make them his own by taking them a million miles further than anybody else.  When an artist pulls superior work out of other artists’s contributions that artist often magnetizes extreme hostility.  For example, the Beatles took the music of other artists like Chuck Berry  to another level, but nobody put them down for doing this. The hostility Warhol was faced with by the art community he celebrated is the beginning of his becoming  the most hated artist in America (Not the World). Bottom line, artists’ appropriation of other artists’ work is endemic to creativity.  Andy changed rock n roll with the Exploding Plastic Inevitable Multi Media shows of films and lights projected on the VU behind dancers acting out the lyrics of the songs. According to Lou Reed, Andy changed that landscape more than anybody else.

LAN:What were the main influences of the Velvet Underground?

VB: The main influences on the V.U. is based on a combination of the influences on all four members: Lou Reed was influenced by the rock n roll of the 1950s and LENNY BRUCE; John Cale was influenced by the avant-garde musicians of the UK scene early sixties and the U.S. John Cage, Merce Cunningham, Lamonte Young etc. Sterling was a highly intelligent conjuror of late 50s early 60s US culture biker bar music; Moe Tucker brought the vital contribution of the electronic massage of computers and the drumming of Babatunde Olatunji into the mix. BUT REMEMBER THIS: the real music comes from the way each member plays the personalities of his/her colleagues into the mix.

LAN: Sterling Morrison said: ”We were a real band playing on a real scene for real people” What was so real about the Velvet Underground?

VB: During the VU’s days hardly any bands dealt so directly in lyrics with drugs sex and relationships. Plus the music excels beyond anything by the Beatles, the Stones and Dylan.

LAN: Would you say that the Velvets had a social impact as well?

VB: The Velvet Underground had as large an impact socially as their mentor Andy Warhol. See it like this: strong new cultural forces contribute new populations to the all-powerful counterculture of the post Second World War period: Beat people, Beatles people, Dylan people, Warhol people etc, etc, etc. Also Kennedy people, French New Wave people – the list is long. The introduction of these people and the deeper results can change everything. The question is, how deep and lasting are the long-term results?

LAN: What was so ”punk” about the Velvet Underground?

VB: If Punk is a neo-beat minimalist movement which states that each artist will do the very best they can and never ever EVER give up or sell out, the VU were the first punk group which made real impact.

LAN: In your opinion, what event marked the downfall of the Velvet Underground?

VB: After Lou betrayed Andy in 1966 by refusing to sign the record deal Andy acquired for them on MGM’s Verve label as per the band’s contract with Warhol’s management company Warvel, he amputated Andy Warhol from the V.U. After Lou refused to let Nico joined the band at a Boston Tea Party gig in the summer of 1967, he amputated Nico from the V.U. Lou was like a Republican politician, he acted against the well-being of his constituency for his own dubious ends. He did not represent the wishes of VU fans. When he made Sterling fire John on the band’s way to the airport to tour and record on the West Coast in September 1968, he revealed not only the sadistic, but the supremely destructive mentality that would both make and undermine the rest of his career. While Lou Reed was one of the greatest collaborative artist in the rock field, he was also one of the greatest betrayers of his collaborators. 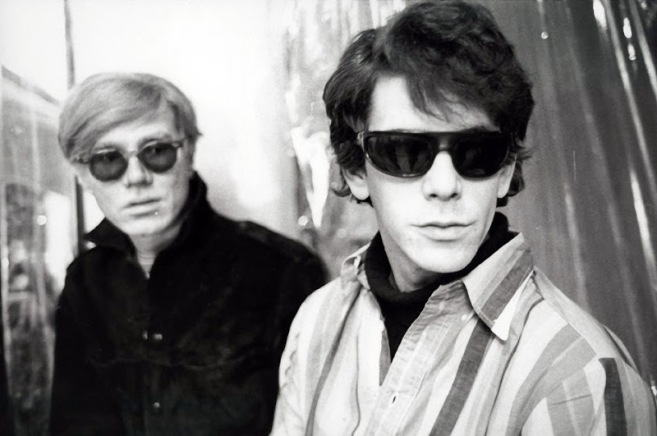 LAN:  What made the VU such a milestone in modern music? How were they such a huge influence?

VB: This is a multilayered question: There are at last three Velvet Underground’s. 1. VU & Nico produced by Andy Warhol. 2. White Light/ White Heat. 3. Velvet’s minus Cale. Purists only count the first two albums. I see the VU & Nico as a Warhol work, part of a trilogy based on A: a Novel, Chelsea Girls is the film, VU & Nico is the album/ soundtrack. This trilogy represents the zenith of Warhol’s contribution in the 1960’s. These along with The Index Book and the Swedish catalogue (1968) represent the world of the Silver Factory. White Light White Heat is the reverse side of the Summer of Love and the ultimate punk album. Most of the songs on these two records should be equally credited to Cale and Reed, putting them on the same level as Lennon & McCartney or Jagger & Richards as the premiere song writing couples of the 1960s. The next two VU albums The VU and Loaded are not really VU albums so much as the beginning of Lou’s solo career, but the recordings of Some Kinda Love, Pale Blue Eyes, Sweet Jane and Rock n Roll make them timeless and immortal. Sterling and Maureen were as vital to the sound as John, but they were not songwriters. Ultimately the VU were as influential as the Beatles Stones Dylan on all the music to come in the 1970s and onwards.

LAN: How did you get to be the co-author of Up-Tight?

VB: In the summer of 1982 I went to London with Blondie for pub of Making Tracks: The Rise of Blondie. While I was there, my friend Barry Miles then running Omnibus Press, commissioned the book in collaboration with Gerard Malanga, who was the connection between the VU and Andy Warhol and whose book Poetry on Film I had published at Telegraph Books in 1972. That fall I returned to London for publication of my book With William Burroughs: A Report from the Bunker. That’s when I picked up the advance. Most of the book was written in the fall of 1982. It was a tumultuous period.

LAN: How did it work between you and Gerard Malanga? Who did what?

VB: I always wrote in collaboration. This collaboration was based on Gerard setting up a series of interviews with people I might not otherwise have had access to. Our timing was sublime. Gerard also dug up all of the photographs which played such a large role in the success of the book. It was a fifty-fifty collaboration. Miles also played a huge role in the final product. We had originally perceived a book that would look like an art catalogue. It was Miles drive to use five different typefaces and hire Neville Brody to do the overall design that put the book over the top.

LAN: Did Up-Tight get an immediate success?

VB:The book was an immediate success. It received extremely good reviews and has been published in fourteen countries so far. It has never gone out of print in English. It continues to be republished in several countries and remains in print in France, Italy, Spain and the U.K.

LAN: Thank you for sharing your thoughts. I’m sure all our readers appreciate your honesty and most importantly all the best for what’s coming…