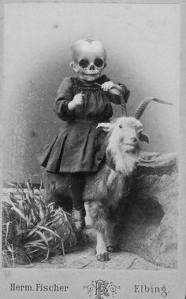 I feel I have done more than I’m going to do, like all have been done and said by other people who did that better than I ever will. The dices have been thrown and the result doesn’t make me a winner nor a loser, just a player. It’s already good to be a player, some people didn’t even know there’s ”something” going on right now and it’s ok too but I enjoy my lucidity as well as my anonymity. Sometimes I have to wonder if I’m truly loveable. Do I mean anything to anyone. Outside family I feel lost and when in family reunion I’m an extra terrestrial being. Friends are like a family we get to pick and family members are like pre-chosen friends. These words are written with the strenght of despair. Hoping what I am saying and the way i say it still means anything to someone out there who will find my choice of words has a certain delicacy and holds a certain power. Remember that it’s not easy to write about noting and everything at the same time. I’m just riding in the back of  a bus deprived of a driver. Riding in a thunderstorm, looking through the windows I see melting faces outside. How can one expect a friendly sign from them, when I’m bound I can’t tell because I cannot see the reflect or the effect that I have on those people. I am meaningless, dazed and yes, confused as well. I would so like to be on a clear and well defined path but the stairwell at the end has been demolished by other’s people ideas and ideals; It don’t mean a thing anymore and it’s too late to do anything about it.

The deep sea screams of the whales are calling me and I found their etheral beauty more meaningful to me than any words but I can’t make such sounds. I’m human with human words and voice even though I wish I could do more. In short maybe, just maybe, I think I’m shattered. Im shredding the years!